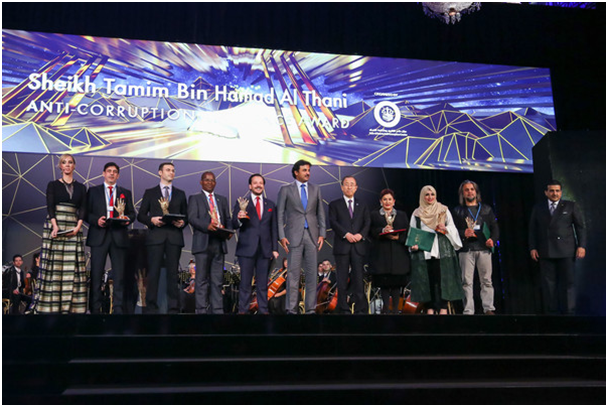 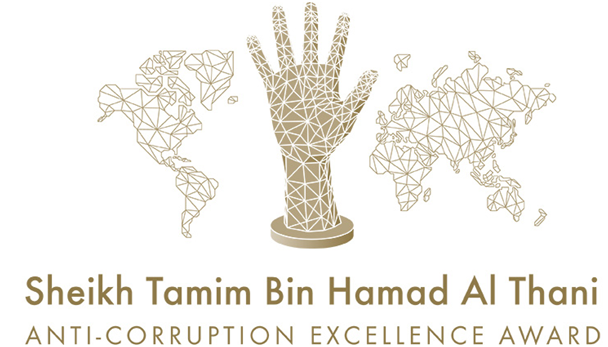 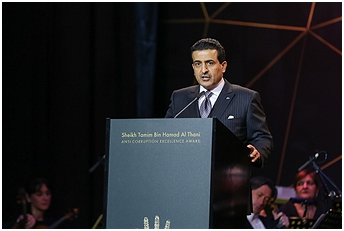 On Friday the 9th of December 2016, on the occasion of the International Anti-Corruption Day, took place in Vienna under the patronage of UNODC and ROLACC, the first edition of the prestigious “Sheikh Tamim Bin Hamad Al-Thani Anti-Corruption Excellence Award “.
In attendance of the 8th Secretary-General of UNO Ban Ki-Moon, the Emir of the State of Qatar Sheikh Tamim Bin Hamad Al-Thani, the Chairman of ROLACC Dr. Ali Bin Fetais Al- Marri, Heads of State and Ambassadors, the ceremony was an occasion to rew ard strong and original commitments in the field of the fight against corruption.
The ACEA winners were rewarded in four categories: anti-corrupti on academic research, anti-corruption youth creativity, anti corruption innovation and anti-corruption lifetime achievement.
Building on its success and the wide acclaim of the award, a second edition and the sustainability of the initiative were unanimously called.
For more information, see https://www.aceaward.com