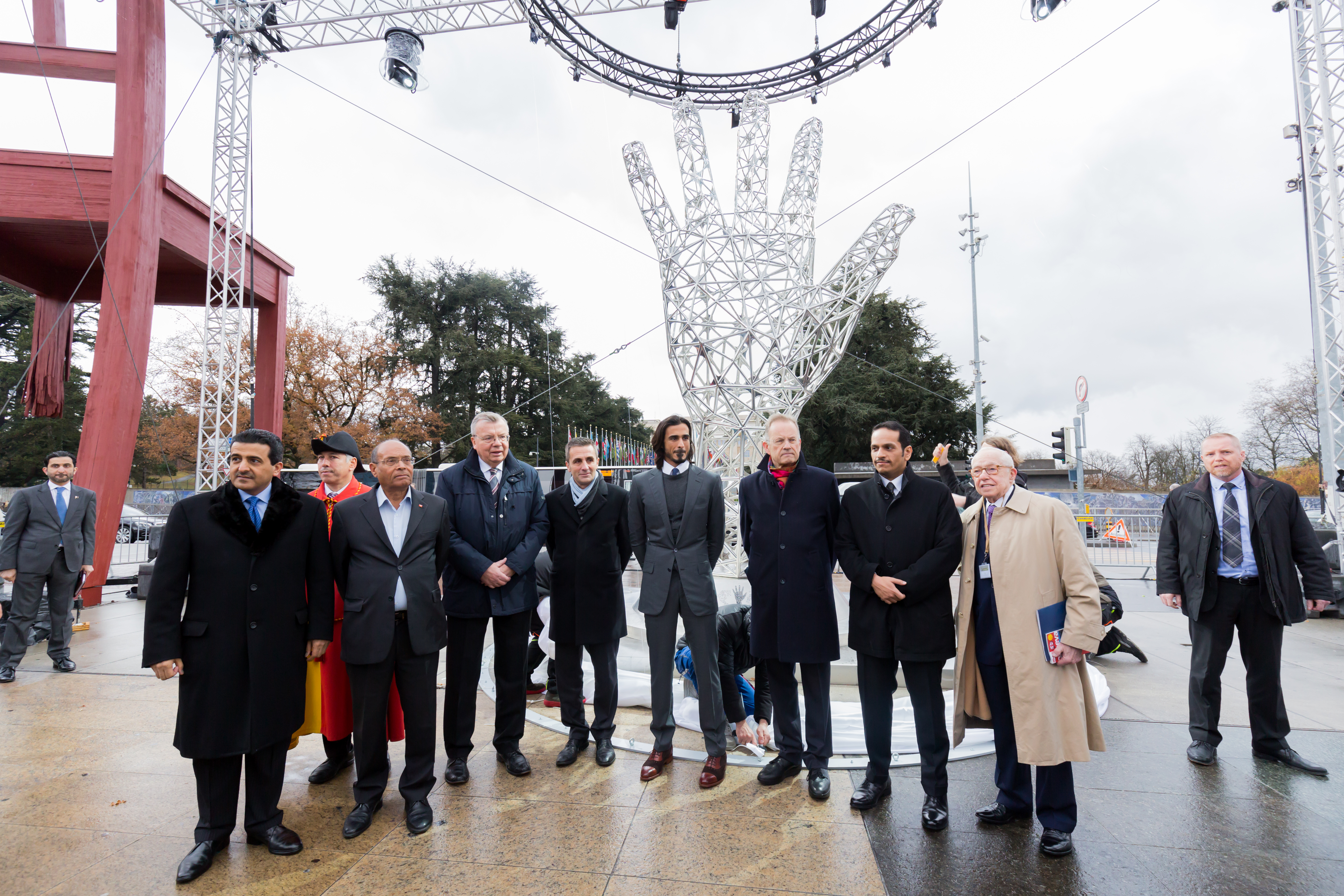 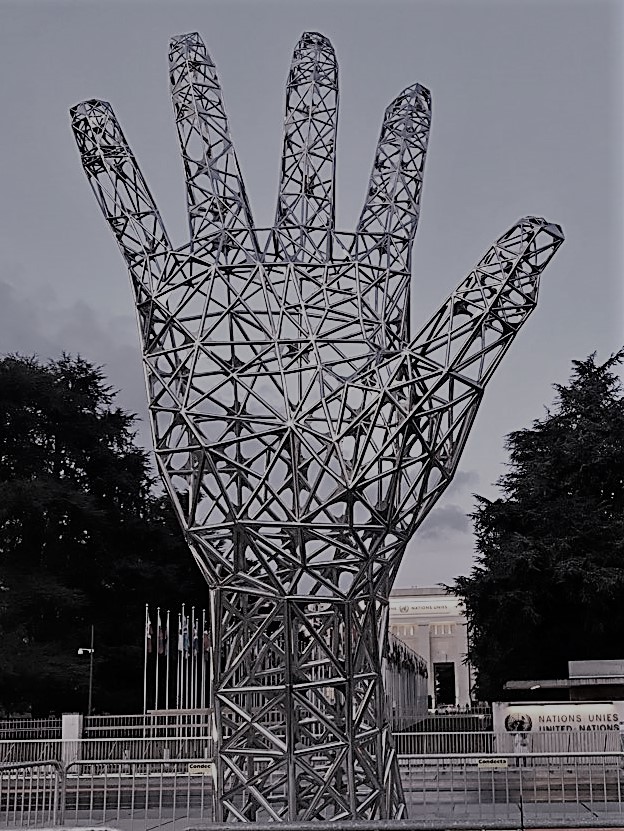 A monumental symbol in the form of an anti-corruption hand 6 meters high appeared on the famous Place des Nations in Geneva, from December 6, 2017 to January 8, 2018. The President of ROLACC, Dr. Ali Bin Fetais Al -Marri, Attorney General of the State of Qatar, sharing with the city and the Canton of Geneva an affirmed determination in the fight against corruption, wanted to make aware of his fight to an international public.

The ROLACC has obtained an exceptional authorization to use the public domain on one of the most visited and watched diplomatic places in the world. Having convinced the Geneva authorities to join him in his universal fight against corruption, the President of ROLACC, in the presence of the delegate of the Emir of Qatar Sheikh Tamim Bin Hamad Al-Thani, his Minister of Foreign Affairs, the President of the State Council of the Republic and Canton of Geneva, the Mayor of the City of Geneva, the Director General of the United Nations Office at Geneva and the Director-General of the United Nations Office at Vienna, offered to all an unforgettable image: the Broken Chair and the ROLACC Anti-Corruption Hand side by side. Thus, for over a month, the words of Dr. Ali Bin Fetais Al-Marri have had a fundamental echo, allowing everyone not to forget that, according to his own words, “corruption affects everyone and n save no part of the Globe. When nothing is done to stop it, it leads to war. ”